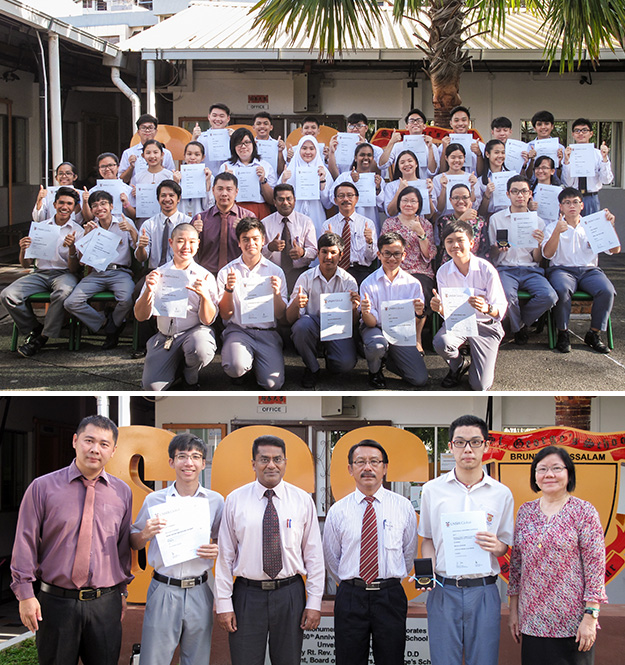 For over 20 years, Educational Assessment Australia (EAA) of the University of New South Wales has been conducting the International Competitions and Assessments for Schools (or ICAS) globally. Around two million entries are received from students worldwide every year. Saint George's School, Brunei, has been part of this competition for more than a decade.

This year, a total of one hundred and eighteen students from St. George's School (SGS) sat for the ICAS Science quiz on April 22, 2017. Out of this, nine participants obtained a merit, twenty-nine students received a credit, five students passing with a distinction, and two students received high distinction.

All the certificates and medals were presented on August 14, 2017 to the respective participants by SGS Principal, Janidi Jingan during the Monday school assembly session.